With the increasingly fierce competition in the underwear market, enterprises with low added value and lack of brand power will find it more difficult for them. Only those enterprises that have the courage to innovate and create differentiated products can gain broad space for development and achieve new business take-offs.

Underwear as the most dynamic branch of the apparel industry, along with China's rapid economic rise, but also into the rapid development of fast lane, whether it is basic underwear, body underwear or bra, leggings, etc., have become the consumption of Chinese women Hot spots. With the maturity of the underwear market, emerged a lot of high-end underwear brand . For example, Triumph, love, Bai You Ti and so on, especially the Bai You Ti underwear in recent years into the high-end market, underwear brand, with the market by virtue of scientific design, environmental protection fabrics, unique health care features and become high-end market In a wonderful work, opened up the precedent for environmentally friendly underwear. 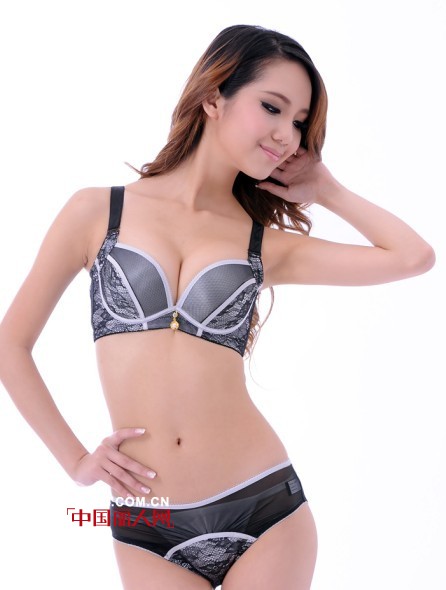 Once upon a time, the adjustment of Chinese women's underwear by squeezing to gather the breast, creating cleavage, the consequences of wearing such underwear is terrible, as evidenced by the rising prevalence of breast disease among Chinese women. In order to break the bottleneck underwear oppression breasts, Love yarn Clothing Group has always been to care for women's health underwear business indifferent, strong sense of responsibility and mission, forcing yarn group in the shortest possible time to develop a health and prevent breast The functional bra of the disease is Tianyi Ti liquefied titanium bra.

100 gifted li Titanium liquefied titanium bra using ergonomics, fat, aesthetics, color science, design, in the fabric of a bold innovation, the selection of a unique, high-tech titanium liquefied fabric. Titanium is a light metal, non-toxic, harmless, with the ability to regulate the body's natural current through ionization of cells. With this kind of cloth, a bra, when people wear it, as the body temperature increases, the fabric will automatically regulate the body's natural current, promote blood flow, reduce muscle soreness, prevent and eliminate fatigue, prevent breast disease. Is a humanized luxury, noble, elegant, stylish and functional health bra in the history of the development of China's underwear milestone, becoming the high-end lingerie market in 2012 consumer hot spots.

Currently, has become the elite women's underwear consumption benchmark and a new storm.

With the unlimited increase of this elite group of Chinese new rich urban elites, a new blue ocean has emerged in the high-end female bra market. Baiyou Ti liquefied titanium bra under the unique brand differentiation underwear coquettish market, will attract more and more Chinese elite women's attention, let them enjoy the "public to find him thousands of Baidu, Lights dim "at the wonderful state.

Waffle, also known as waffle pattern, is a square or diamond-shaped bump pattern. The reason why the name of the waffle, are all from the pattern of waffles. Waffle towel cotton fabric is a rookie, it is understood that the new use of polyester-cotton raw materials, according to 56 Ã— 55 selection of hidden organizations, weaving on the rapier loom, has been through dyeing and finishing and other sophisticated processing technology. Cloth hidden if the dark if the light, the quality of several times impeccable, was hailed as the leader in the towel.
The waffle towel weight are main 300gsm and 350gsm..It's used for cleaning as usual. It's very popolar now.